Access control in explosive atmospheres must comply with ATEX regulations and high-risk areas must be fitted with approved equipment due to inherent danger.

Explosive atmospheres are most prevalent in the energy (mainly gas and hydrocarbons), chemicals, timber, household waste and food and drink industries.
They are generally caused by gas or inflammable dust and explosions may be triggered by a mechanical or electric spark or localised heating due to friction between two metal parts.

The danger tends to be electronic rather than mechanical in electronic access control systems. Information is sent between the key and cylinder through an electric current, but an electric arc may be created, needing only a spark to ignite the surrounding explosive matter.
The new smart electronic key sends information to the cylinder through an electromagnetic induction coil inside the key. No electric current passes between the key and cylinder so no electric arcs or sparks can be created.
This leading-edge technology played a key role in winning ATEX certification for the Locken access control solution. Approved to ATEX II 2 G Ex ib IIB T4, the solution is suitable for gas delivery and regulation stations, specific hydrocarbon processing and distribution infrastructures and chemical factory enclosures. It is also suitable for areas where an explosive mixture of gas, vapour or mist may “occasionally” occur in “normal operation” (II 2 G).
The key’s intrinsic characteristics (ib label for “intrinsic safety”) and maximum operating temperature (T4) make it safe to use it among highly explosive gases, such as ethylene, and slightly less dangerous gases, such as propane (II B).

Time for a history lesson: from the first “explosive” accidents to modern-day standards

The dangers of explosive atmospheres have been widely known since intensive coal mining in the 18th century. Firedamp (particularly rich in methane) and coal dust explosions (due to airborne coal particles) have injured thousands in Europe, killing up to 1,100 in 1906 at a single mine between Courrières and Lens, France. This led to the first preventive measures, including the famous Davy lamps.
Countries gradually implemented their own sets of regulations, prioritising both detection and prevention. The European Union began by standardising regulations in 1994 and reinforced them in 2014. The most recent safety legislation was implemented in 2016. 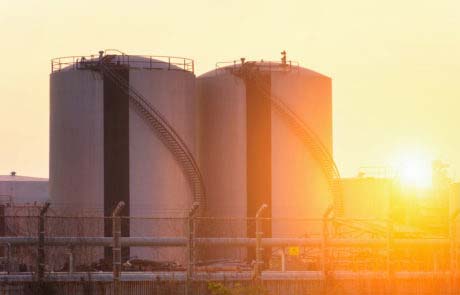